Propelr: “Don’t Be Scared Of Scrip”

It is safe to say that Propelr has had a few doors slammed in their team’s face. After all, they’re a small team of about a dozen employees connected through Nelnet, a student loan servicer, that tout a pre-paid/scrip hybrid gift card opportunity that might frighten some traditional B2B buyers. Once explained, however, the concept is a great one – and with more and more companies doing all they can to create products that are meaningful AND lucrative, this could truly be where scrip is heading in the future.

Last week I had the absolute pleasure of speaking with James Verhoeff (Product Manager) and Wendy Miller (Business Development Manager) from Propelr. They introduced us to this hybrid concept, and told us how Propelr works – and, more importantly, how does Nelnet tie into this?

Nelnet serves student loans for 9.6 billion borrowers… one of the things we have expanded [into] is a tuition payment service for K-12 schools… And this is where the idea of Propelr came from – we’ve got relationships with these 9500 K-12 schools. They’re always talking about how difficult it is to raise money and fund these tuitions and a lot of them have used scrip programs in the past… but in a lot of cases their numbers have been falling… We started saying, “Why is that?” and for the families who don’t use scrip, “Why not?” What we found is that a lot of these younger families at these private schools are very convenient-minded, and buying multiple scrip cards at the school or after church and having to manage a big stack of gift cards they said, “…oh we don’t have time,” or, “…it’s too tough I’ll do it later…” And so we thought, “Wouldn’t it be nice if it was all off of one card and you could use that one card at a list of participating merchants and they would be donating back to your school or church?”

When asked about their company outreach, and how they differ from other scrip companies, James touched on an interesting twist to their company: data capture.

One of the most important tools that we’ve built is our messaging tool through Propelr… since Propelr cards are personalized to the user, and since they sign up for that reloadable Propelr card, we get info about them when they sign up; their birthday, their gender, we get their email, their income range. We’ve got this really rich set of data from our customers. [With] scrip, you set the donation percentages and then the schools and churches promote that list, but then that’s all. The merchants don’t have that much control to reach out directly to those families. The merchants don’t have a ton of data on who is using those cards. For the merchants, we’re able to say, “Let’s promote what’s going on right now.” We can promote that to our cardholders and we can change the messaging based on market.

I was curious as to what Propelr’s limitations were while diving into the scrip business. Their biggest obstacle? Growing both their national merchant list and their customer base at the same time.

The great merchant list that scrip has built up – they’ve got hundreds of merchants, really big national leaders. So, when a school is looking at a scrip list, they see all these merchants that are name brand recognizable – it’s very easy to say, “Oh yeah, I would use this one, this one, this one…” With Propelr, we’re building that merchant list from the ground up. The biggest pushback we get from schools or churches is that merchant list. Right now we have a lot of local merchants and we’re just beginning to get the national merchants signed.

There’s no risk and no downside to join… no cost to the merchants and they’re getting all of that exposure for free… We often go back to the Nelnet side in our customer base, because even though we don’t have a million Propelr cardholders yet, we already have relationships with those 9500 schools and those schools have 4 million families that they reach.

When it comes to goals in 2016, James and Wendy agreed that building the national merchant list was their top priority. But they didn’t stop there, and that didn’t surprise me. These people are go-getters. You can tell when James is speaking that he is not only passionate about the service this product provides but also passionate about the success and growth of their business.

For each of our schools and churches that are using it currently, we measure the adoption percentage within that institution. Say a local school has 1500 families connected to it- we want to see how quickly we can get to 10% of those 1500 families; they have a card and they’re using it. In 6 months, can we get to 20%? After a year can we get to 20 or 30%? In the local research that we did we found that the average adoption rate was 14% for scrip – that’s our benchmark.

Moving on from 2016, I wanted to look at where Propelr saw this platform in the next 5-10 years. This opened a conversation on how Propelr will truly separate their company from any competition.

One of the things we’ve done is when we’ve talked to the schools and churches about who’s using scrip… we spent a lot of the time asking, “Tell us about the 86% of your families that aren’t using scrip today and why not?” The primary objections were convenience – which is why we made it a one card reloadable prepaid card hybrid model, to create more convenience – and then [for] another segment of families, their reason was because of credit card rewards. They said “…we really like getting our airline miles and our cashback on our credit cards and paying with that…” And so what we’ve built as a response… is that each school or church can decide to share a portion of their donation that a cardholder raiser directly back to that family directly on their Propelr card. For example, we have a couple schools here that do it on a tiered basis, so that at the beginning a cardholder that is supporting them gets 10% of the donation percentage back on their card as a cashback rebate. And so if you go and spend 100 dollars at a merchant that is donating 10%, that 10 dollar donation would get split: 9 goes to their school but that customer gets 1 dollar back. They’ve got these increasing levels so they encourage families to use it more.

Of course, there comes a time where you have to ask some tough questions. Here at Stoner Bunting Gift Cards, we care a lot about trusting relationships. I, for one, did not want to disappoint my team. So I put together a list of rapid fire questions that would help us dig deeper into just what makes the crew at Propelr tick.

Cats or dogs? Without being disrespectful to cats, both James and Wendy opted for man’s best friend.

Toilet paper over or under on the roll? A resounding, “Over!”

Britney Spears pre or post Kevin Federline? James opted for pre K-fed, while Wendy bowed out of this one gracefully- as a mother of four daughters she has never been a big fan.

There you have it, folks: solid answers that show these team members are smart cookies.

SERVICES
Categories
Recent Posts
About Us 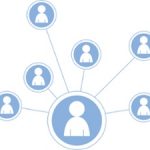